Anova Financial Networks is celebrating a decade of service as proven provider of financial market data and ultra-low latency networks. In that time, our company has gone through a significant metamorphosis from a metro bandwidth company to the only global carrier that offers both wireless and fiber connectivity, as well as market data distribution across all asset classes.

We recently celebrated our 10-year anniversary with great customers, partners and friends while overlooking the Chicago skyline. We looked back at our collective accomplishments so far and toasted to our continued success.

Keep reading for a quick look at the growth of Anova.

Anova got its start as an engineering-based firm in 2009 and since then we’ve transformed into one of preeminent firms that green-field builds the mission-critical networks linking financial liquidity centers, routes such as NASDAQ to NYSE and the Tokyo Stock Exchange to the Singapore Exchange. Financial firms of all sizes rely on Anova’s networks to deliver ultra-low latency, high availability wireless and scalable capacity to both established and emerging markets worldwide.

Our Asian wireless network acquisition last year catapulted the company onto the global stage as we enhanced our international assets and advanced the products and services we provide to the financial community. Our development into a world-class financial trading network has been further shaped by a number of significant milestones in all areas of our business and key markets, including:

The Anova Financial Networks story has matured and yet, is still only just getting started. Stay tuned for an imminent upgrade of the connectivity within the New Jersey Equity Triangle from NASDAQ to NYSE to BATS! 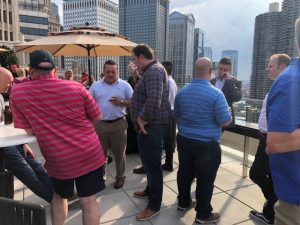